Brains and Beauty: Shimizu Ichio, apparently both the strongest and the most beautiful female Japanese chess player

I must admit that I paid almost no attention to women's chess in Japan. (They are all a bunch of patzers, if you want to know the truth.) However, that was before Hayashiba Naoko, the former woman's champion, made the front page photo news in every paper in Japan after being caught in an affair with a leading male shogi player.

I sincerely feel extremely sorry for the unfortunate woman, who has done nothing wrong that a billion other women have not done and what women are genetically programmed to do. However, this incident has brought into the news a game which I happen to play but hardly any other non-Japanese person does. That is shogi, which is the Japanese version of chess.

Although Hayashiba Naoko was the champion of shogi, she is retired and the mantle has passed to Shimizu Ichio, who, in a surprising combination, seems to be both the strongest and the most beautiful girl shogi player. (This being the opposite from another strategy game in which by far the strongest player is also the ugliest.)

I did not realize what a popular personality Shimizu was until I started finding photos of her everywhere. Here are some of the photos I have collected: 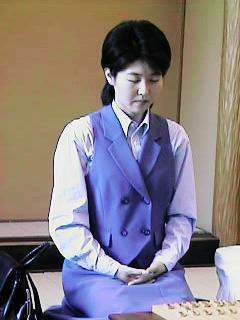 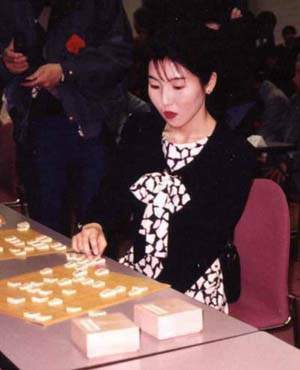 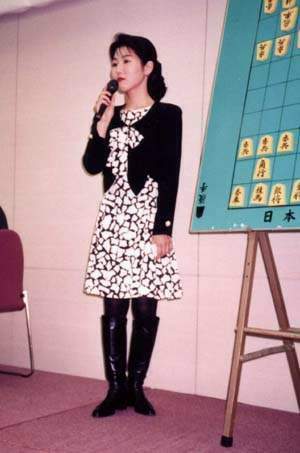 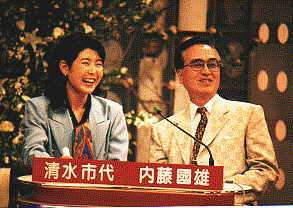