I Hate to Resurrect a Dead Issue: But Why Can't We Get the Photos of Diana We Want?

It is well established by decisions of the United Stated Supreme Court that dead people have no privacy rights. You cannot libel or slander a dead person. You can say anything about a dead person you want, and neither they nor their family can object. That is the law. 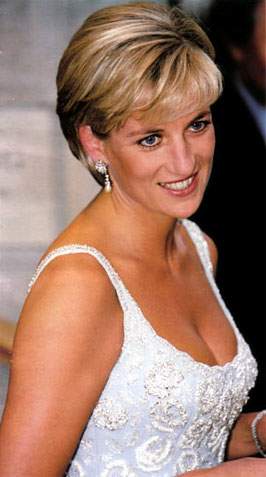 Thus, it was shocking when last week news appeared in the press that a major Paris newspaper had been found criminally guilty and fined for publishing a photo of Princess Diana and Dodi shmoozing in a boat. The photo was blurry, because it had been taken at great distance, but nevertheless made it explicitly clear what Diana and Dodi had been doing.

The British tabloids paid more than one million dollars for that photo, an investment well worth it in view of the increased newspaper sales. However, the moment Diana died, the photo disappeared from the press. I have searched the Internet and cannot find it anywhere.

Now we know the reason: Mohammed Al-Fayed, the father of Dodi, has been bringing lawsuits and even criminal prosecutions to stop this photo from being published.

By the way, it is readily apparent that Dodi's dad reads Sam Sloan's web site. The proof of this is in an article which I wrote and posted on the web less than five hours after Princess Diana had died. Read what I wrote then and compare it with what Dodi's dad started saying several months later. Here is my essay entitled: Who Killed Princess Diana?

(I have the objectionable photo of course and I could scan it and put it up, but I am terrified that Dodi's dad will sue me or even have me arrested.) 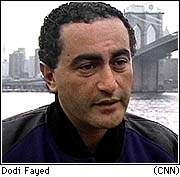