My mother pleads with her Family to Stop their Harassment

Ever since he was a teenager, my brother, Creighton W. Sloan, has been fighting incessantly with his mother. My mother did everything she could think of to mollify him to stop him from fighting with her. In 1986, when nothing else had worked, she felt that she had no choice but to cut him off from all funds and to leave the country.

My brother immediately retaliated by getting freezes on all her assets. Finally, in 1990, my brother hired criminals to kidnap his own mother.

The enclosed letter is one of more than one hundred letters my mother wrote to her relatives asking for help in her problems with her own son. Not a single relative wrote an answer to this letter.

The text of this letter is available as Letter from his mother, Dr. Marjorie Sloan, about this.

However, Creighton Sloan continues to insist that his mother did not write the letter. Therefore, here is the original letter in her handwriting: 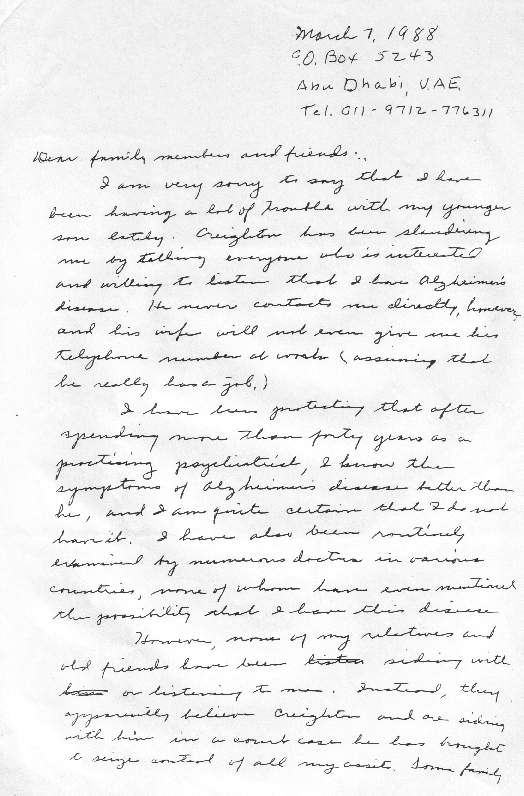 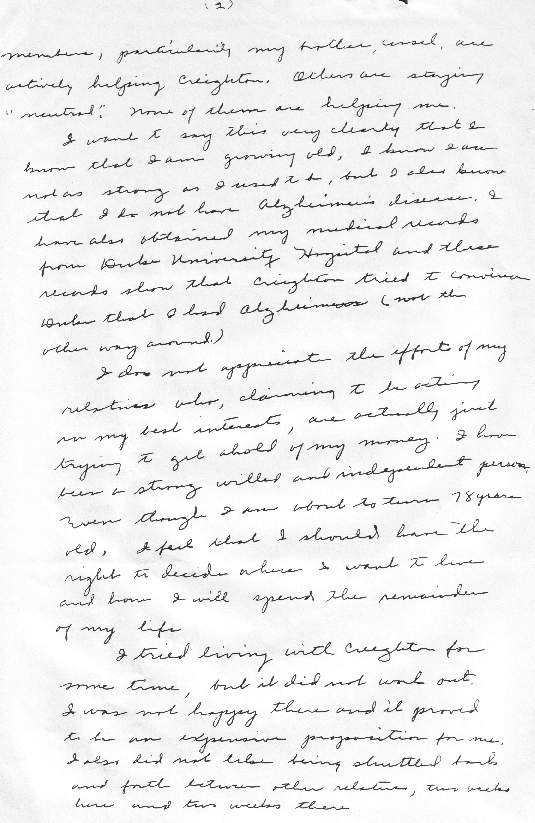 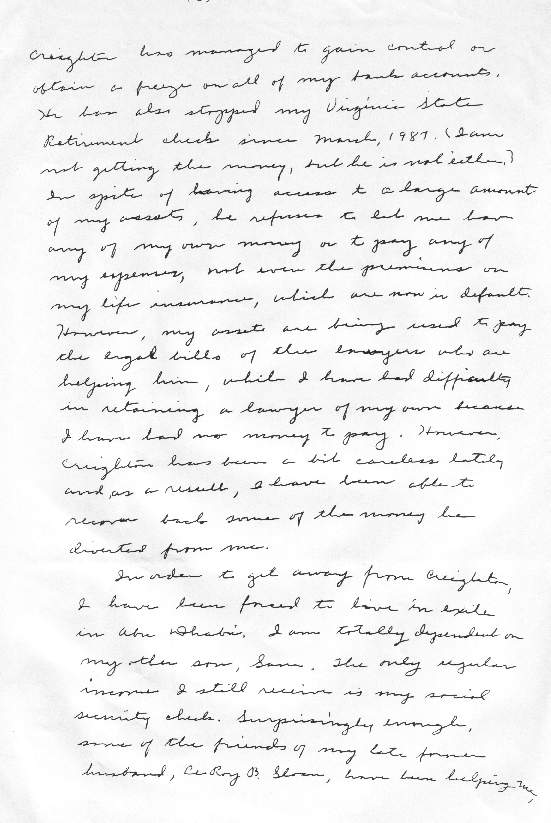 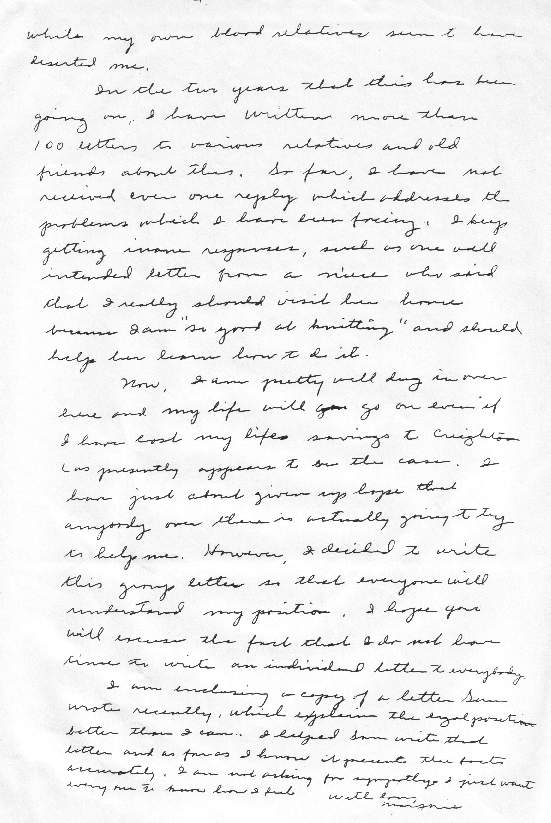 Also, Creighton Sloan has falsely claimed that his mother has had Alzheimer's Disease since 1984. However, this letter was written in 1988 and it would have been impossible for such a long standing Alzheimer's patient to write such a long and detailed letter.

My mother is still alive at age 89. According to testimony, an Alzheimer's patient does not live longer than 8 years. Sixteen years have passed since Creighton started claiming that his mother has Alzheimer's Disease.

None of this has stopped Judge Michael Gamble, a crooked, criminal judge in Amherst County, Virginia, from stealing the house and all of the financial assets of Dr. Marjorie Sloan, my mother.

What do you think? Express your opinion in the guestbook!
Here are links:
My Home Page
Contact address - please send e-mail to the following address: Sloan@ishipress.com